Pelargoniums were first introduced into Europe during the 1600s when new discoveries and trade routes began to unfold,
P.triste was the first recorded pelargonium to travel to Europe and was taken to the gardens of Leiden by the Dutch East India company followed by many more newly discovered pelargoniums.
The Countess of Strathmore collected many South Africa plants including Pelargoniums and sent William Paterson a Scottish Soldier & botanist to collect plants for her from 1777 to 1779.
During the Victorian era pelargoniums became increasingly popular & greatly admired and were often kept in greenhouses and conservatories, many new hybrids were being created to appear more colourful and showy. After world war 1 & 2 these plants started to fall into decline.
Over the decades these amazing plants are now returning their popularity.
This image is of Pelargonium scintillans (sparkling stock’s bill) from an old book from www.artscult.com 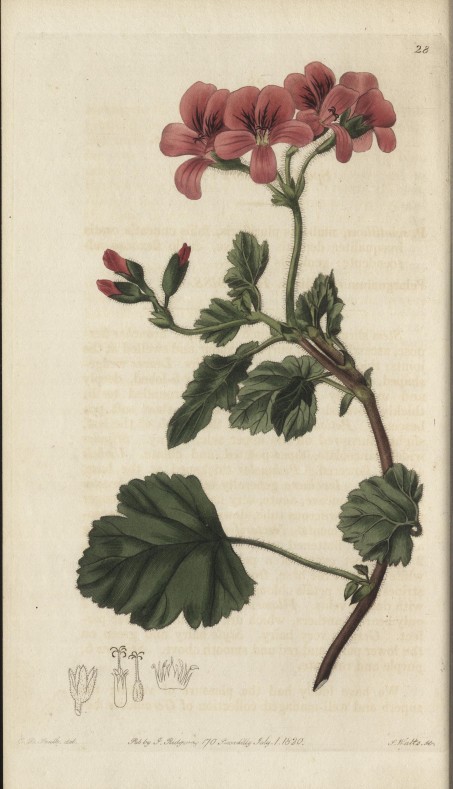